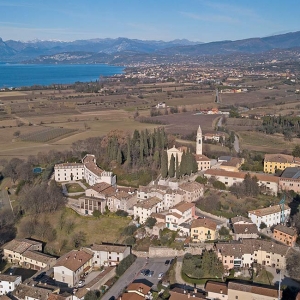 The small village was mentioned for the first time in Engelberto's will of 28 May 861 with the name of Colata, probably the name derives from the Latin "colere" and would indicate that originally the territory appeared as a large tract of cultivated land in the middle to the forest. Probably around 898, when the Hungarians invaded Italy, defensive walls were built around the village, which have been lost over the centuries. In 1530, Charles V of Hapsburg, emperor of the Holy Roman Empire, was hosted here on his return from Bologna where he had been crowned by Pope Clement VII; a plaque, placed outside the oldest building of the Villa dei Cedri complex, recalls the event. Under the dominion of the Serenissima, Colà was a small town in the vicariate of Lazise, ​​it became a fraction in 1804, during the Napoleonic Italian Republic. During the first war of independence, in 1848 the village was occupied by Piedmontese troops, while during the third war of independence numerous soldiers wounded during the battle of Custoza, which took place in 1866, were rescued here.
A verdant hilly landscape surrounds the picturesque center of Colà and its characteristic cobblestone walls, which in ancient times divided the rural estates and delimited the large villas. Among the historic villas of Colà we remember: Villa Moscardo (XV century), Villa dei Cedri (XVIII century), Villa Fumanelli (XVII or XVIII century) and Villa Da Sacco (XIX century); all privately owned. The Parish of Colà is located in via Castello, near the church of S. Giorgio Martire, from the internal courtyard of which, among other things, you can enjoy a magnificent view of the valley below.
Among the most important events during the year we remember the Ancient Festival of the Madonna della Neve, the Festival of the Peoples and the Carnival. 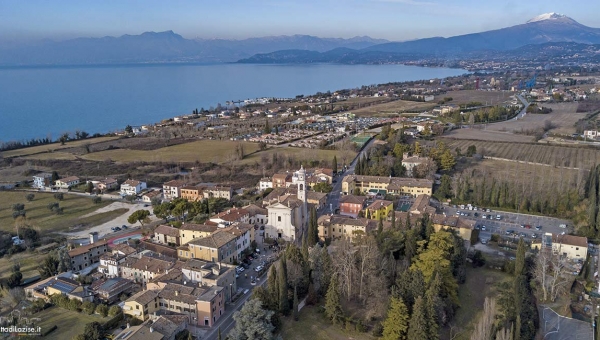