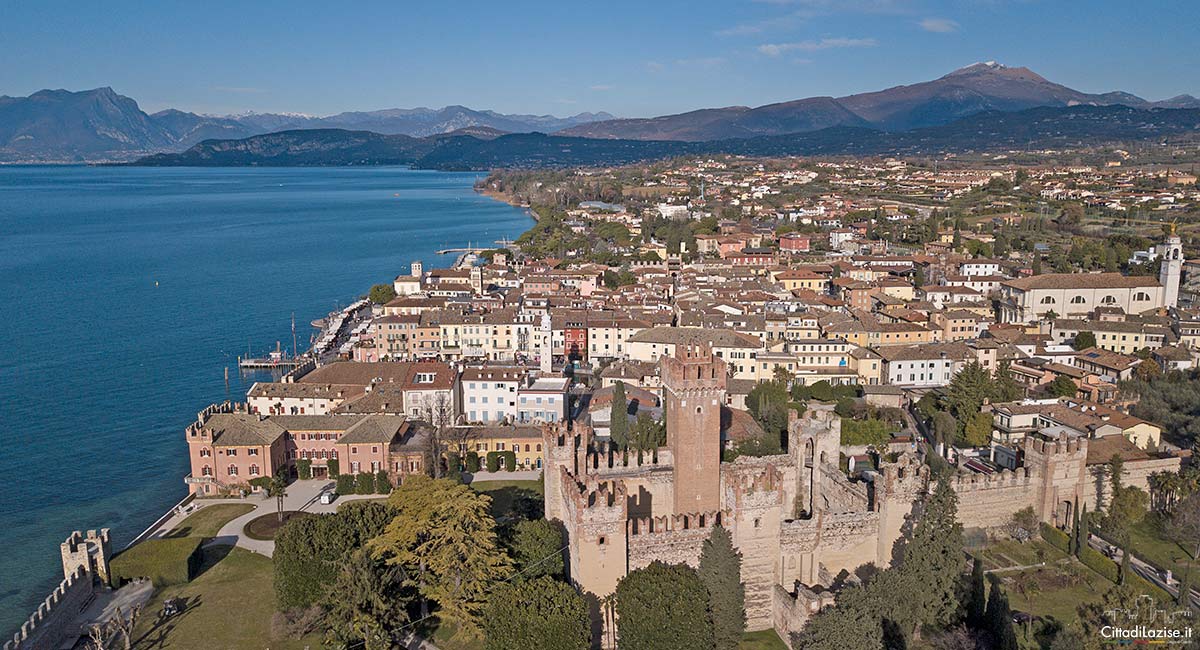 Reconstructing the etymology of the name is complicated, what we know is that in some documents of the IX-X century the town is called “Laçeses”, a name which, deriving from the Latin “lacus” (lake), means lake village.

The history of Lazise has its roots in prehistoric times: in some areas along the shores of the lake numerous objects in flint, ceramic, metal and the remains of stilts were found. The discovery around 1930 of a pile-dwelling village in the area now partly occupied by the Municipal Campsite is particularly important. The pile dwelling was however destroyed and part of the materials found were delivered to the Civic Museum of Rovereto.
One of the important documents that has come down to us dates back to 983. The leaders of the country obtained from Emperor Otto II the investiture of the rights of the port, of reserved fishing in the waters in front of the town, of taxes on transit goods and on those exposed market; as well as the concession to fortify the village: important autonomies for the time, so it is said that Lazise thus became the first municipality in Italy.
It was around 898, when the Hungarians invaded Italy, that the problem arose of having to reinforce the village and, probably, the old castle, whose walls were restored when the town passed under the Scaligeri lordship in 1277. Ai della Scala we owe the construction of the shielded towers and the reconstruction of the fortress, which was begun by Cansignorio and completed by his sons in 1381. When the life of the Scaligera Lordship had almost come to an end, in 1387, Lazise fell under the control of the Visconti di Milano, as happened to other Garda municipalities such as Malcesine, Torri del Benaco and Garda, which all together became part of a sort of protectorate called "La Gardesana".
In 1405 Lazise, ​​like the entire Veronese area, became part of the Republic of Venice, which considered its possession as the key to dominion over the lake: Venetian domination lasted until 1797, when Lazise was occupied by Napoleonic troops. Later, with the treaty of Campoformio, the territory of Lazise found itself on the border between the two Empires of Austria and France, to then be annexed first to the Kingdom of Italy by Napoleon (1805), then, with the Restoration, to the Kingdom of Lombardy-Venetia and finally became part of the Kingdom of Italy in 1866.